CBDC Part 6: What is Money?

The term crypto-currencies implies similarities with established currencies issued by central banks. This in turn leads to the question of  whether crypto-currencies should be regarded as money. The world’s oldest Central Bank (the Swedish Central Bank) is keen to stress that “theories of money and how to create a functioning monetary system can be understood on the basis of concrete problems that society has attempted to resolve throughout history”. There are different definitions of money in existence, with modern definitions having developed to solve many of the pain-points involved in previous systems of barter exchange.

Metallism ties money to the value of an underlying good. These goods have often been metals, hence the name. A core idea of metallism is that the limited supply of metals, and the increasing cost of excavating more, act as natural inflation limits. Bitcoin has found inspiration in metallism, incorporating similar but digital limits to the total Bitcoin supply. Chartalism is another theory for how to define money. According to Chartalism, the value of money is derived from its status as legal tender issued by a national state. Chartalism thus places an indirect responsibility with the state for maintaining a functioning monetary system.

Functionalism, the dominant modern interpretation of money, builds further on Chartalism. According to Functionalism, money must fulfill three criteria of functionality in order to be considered money. Money must function as 1) a means of payment, 2) a unit of account, and 3) a store of value. Means of payment means that money can realistically be used to pay a seller in return for goods, so as to avoid having to repay the seller using goods or services. To function as a means of payment means that money must function as a recognized measurement of value for different goods and services in the economy. Finally, to work as a store of value money should provide price stability, and peoples’ decision to spend or not spend money should not be influenced by volatility in the value of money. See the chart of the week for more details on the expected functionality of modern money.

Central banks are typically responsible for ensuring that money can fulfill these three core functions. An example is found in the inflation targets often set by central banks, with the goal of maintaining the storage of value functionality of money. It is the opinion of several central banks that crypto-currencies should not be considered as money, and most crypto-currencies are neither tied to the value of a tradeable good nor are they issued by national states. Crypto-currencies further struggle to fulfill some of the criteria associated to Functionalism, for instance: it must be easy to ascertain the value of money, money must be widely accepted in payments, and money must be durable and exhibit price stability.

This is not to say that cryptocurrencies cannot be issued by national states (some have been) or that they cannot be tied to the value of physical goods (some have been). But in order for crypto to see mass adoption as retail payment tools they must fulfill the criteria of Functionalism, and the path towards achieving price stability, sufficient price transparency, and wide recognition of crypto among buyers and sellers is long and difficult. It is made more difficult by the fact that the primary interest in crypto-currencies has been for speculative purposes, not for purposes of conducting transactions. It is further unlikely that central banks would recognize money (crypto-currencies) over which central banks lack the central authority to make monetary decisions (e.g. adjusting supply).

Central Bank Digital Currencies (CBDC), for the purposes of establishing retail payment systems, enter the picture as noteworthy alternatives to the likes of Bitcoin and Bitcoin Cash. Proposed retail CBDCs would not only have the potential to fulfill the criteria of Functionalism, but are also poised to solve some further issues that exist in modern economies, including an over-reliance on private providers and owners of retail payment infrastructure. More on CBDC retail payment systems in the next part of this series. 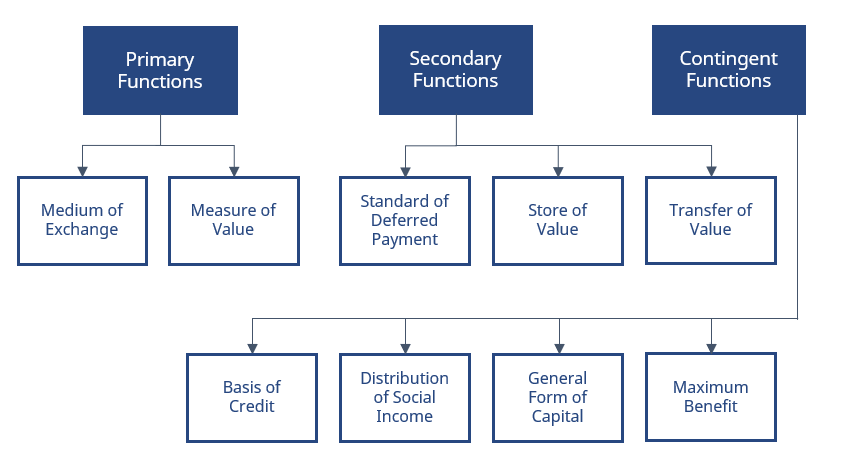