Standard Kepler recently shared with Information Age our thoughts surrounding how to evaluate a project’s suitability for raising funds with an Initial Coin Offering. In particular, the interview highlights our five rules for utility token evaluation: 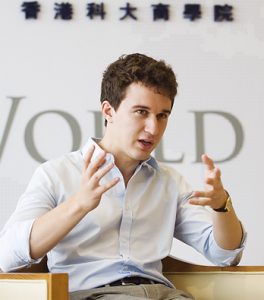 First, what problem is the project attempting to solve? Value is created when problems are solved. If the project does not seek to solve a real problem, to generate real technological utility, then there is little point in funding the project.

Second, is blockchain needed to solve this problem? Blockchain is just one of the many ledger tools we have at our disposal for solving problems, and it is not always the right tool for the job. Make sure the ICO issuer convincingly explains why blockchain is the most suitable tool for tackling the target problem. A great deal of projects merely seek to attach the term “blockchain” to their idea, to ride the current hype trend for this technology, not unlike how every project became an internet project leading up to the .com crash.

Third, why do you need to launch your own protocol? There are plenty of established platform protocols that you may look at before you consider introducing your own native token. Furthermore, many large organisations that look to adopt blockchain technology prioritise network effect over the exact technical specifications of protocols. Even if you develop a technologically superior protocol, it will still struggle to gain traction if it overlaps with other already established, well utilised competitors.

Fourth, can the token issuer delivery on its vision? Building a business is never easy, and building a business on blockchain does not make it any more so. Has the team been working closely together or even successfully launched a product with existing users before?

Last, is the project compliant with the law? While much of regulations on utility tokens is still not clear, it is important to make sure an ICO adheres to the laws that do exist. Talk to the advisor of the ICO, and to ask for legal opinions clarifying the token’s nature is generally regarded as a good practice.